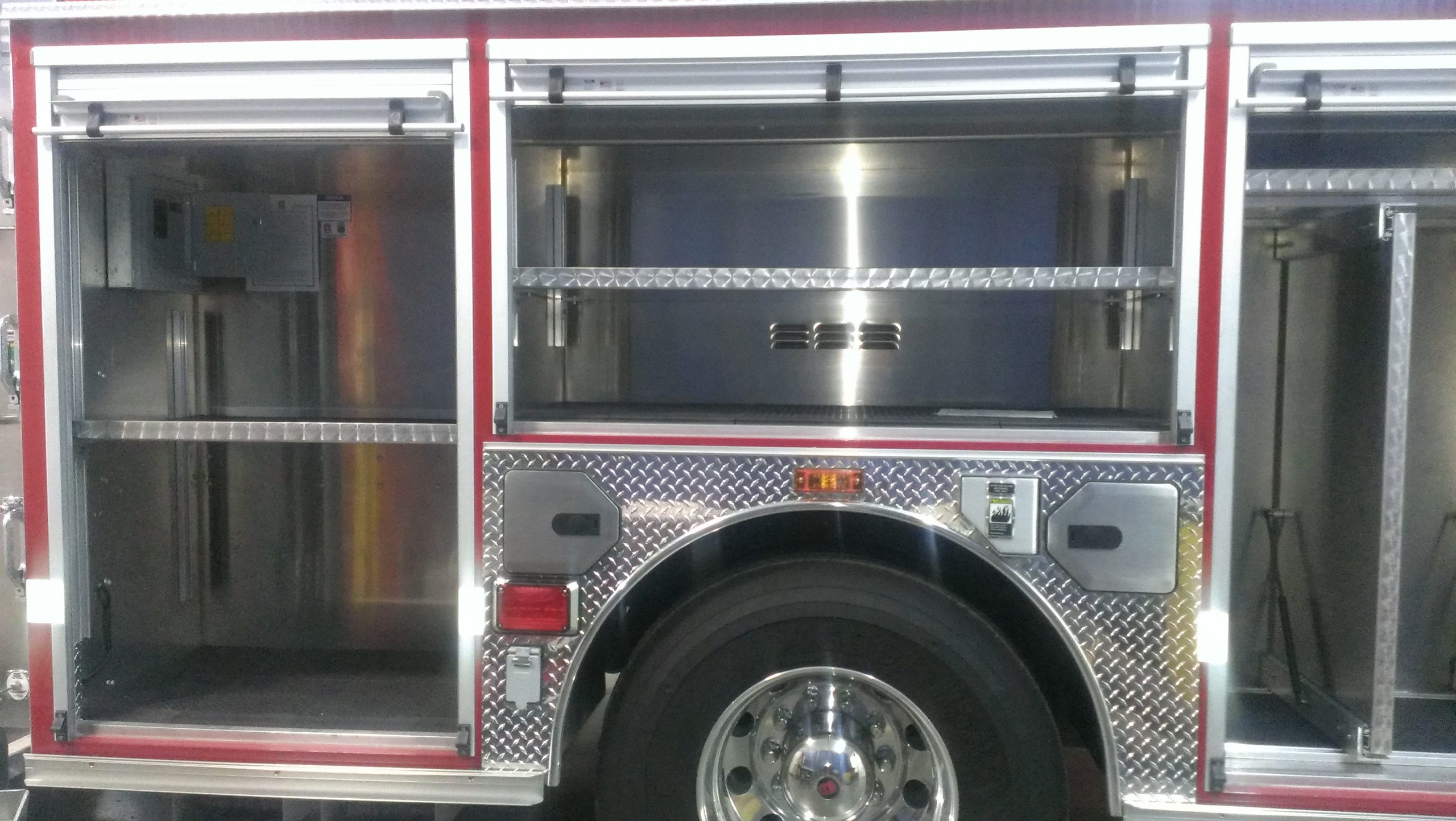 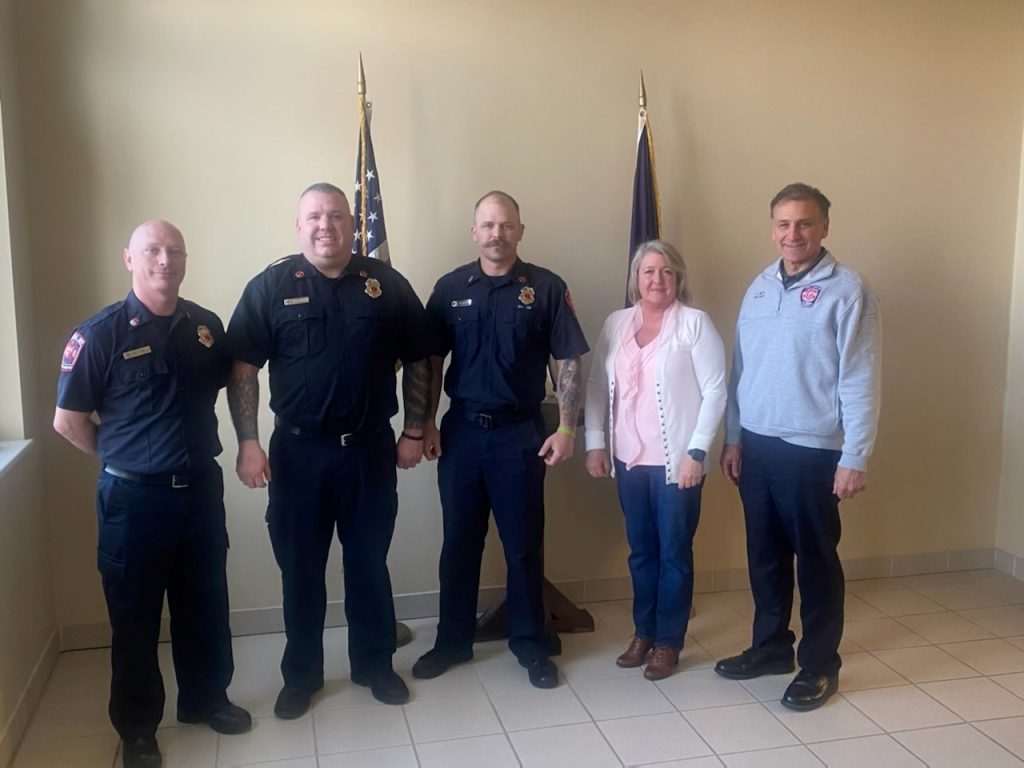 On Monday, April 4th, Penn Fire held a swearing-in ceremony for our most recent promoted officers. We are proud of these three individuals. The dedication and leadership they have shown within the Department has not gone unnoticed. 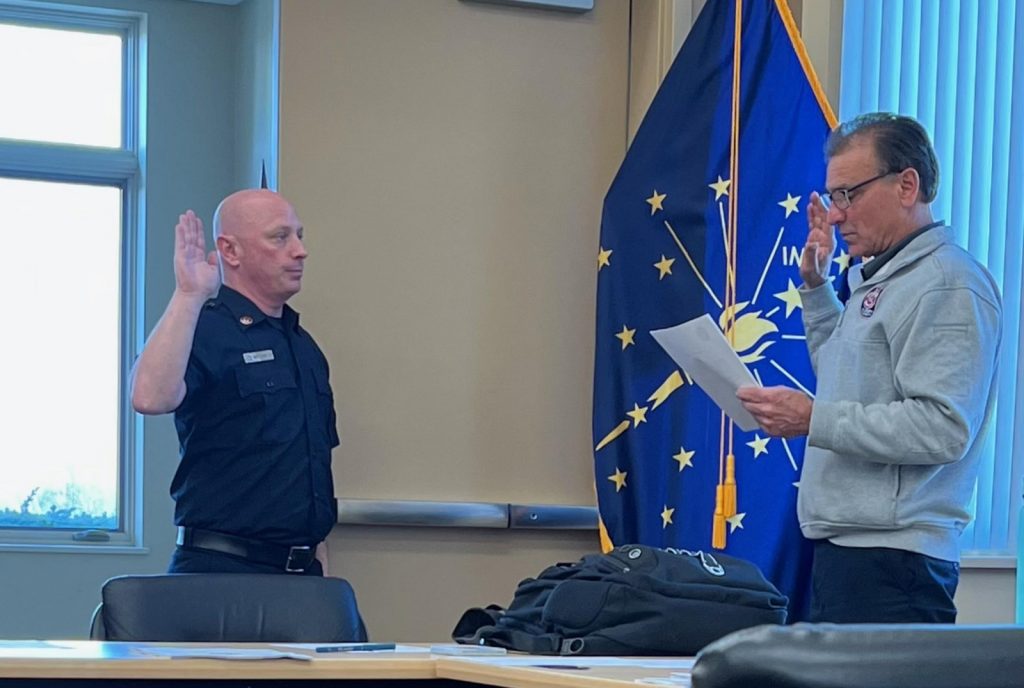 Matt Hamilton is being sworn in by Chief Keith Witt.

Matt Hamilton has been with the department since 2005. He will continue his new role as Captain at Station 14. 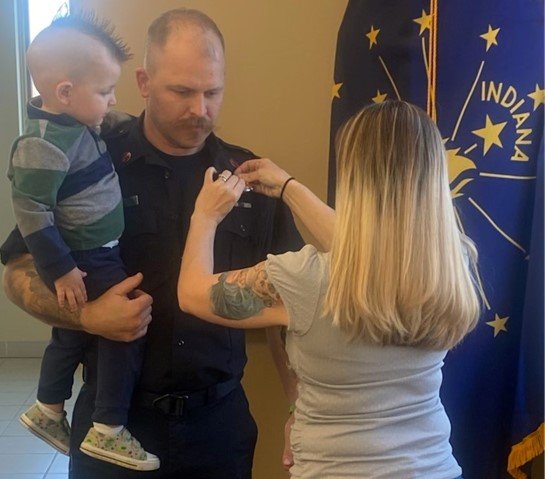 Brian Reppert being pinned by his wife Jessica

Brian Reppert was promoted to Lieutenant of Shift C.  Brian has been with the department since 2005, first as a new recruit and then as a full-time firefighter. 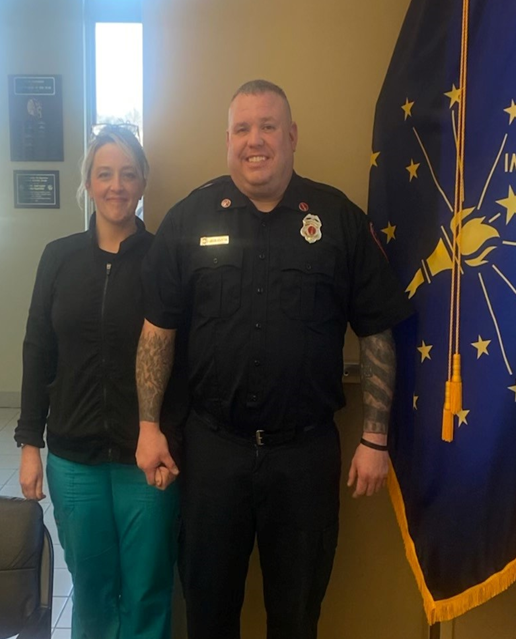 Jason Houston was joined by his fiance’ Liz during the ceremony

Jason Houston was promoted to Lieutenant. Jason will be overseeing maintenance and commissary duties at Station 14. Jason joined the department in 2019.

Congratulations to all three officers. We look forward to the leadership they will continue to bring to the department and the community.